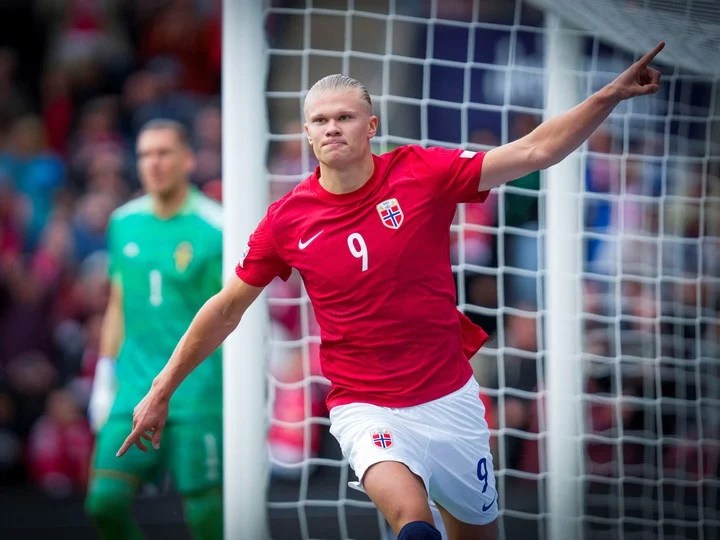 Statistics on Nations League games of 12-14 June*Italy have lost to Germany (2-5) in a competitive game for the first time in the history of this rivalry (Scuadra Azzurra didn’t lose in all 9 previous games).*Last time Italy conceded 5+ goals in 1957 (1-6 vs Yugoslavia). In competitive games, it happened last time in 1948 (3-5 vs Denmark on Olympic Games in London).*Wilfried Gnonto became youngest ever goal-scorer of Italian national team (18 years 221 days). He surpassed Bruno Nicolè who scored 2 goals in a friendly vs France (2-2) on 9 November 1958 being 18 years 258 days old.*England’s 0-4 loss at home to Hungary is their heaviest home defeat since 1928 (1-5 vs Scotland) and heaviest home defeat ever in competitive games.*Hungary are the first team to score 4+ goals in an away match against England since November 1953 when Hungary themselves won 6-3 at Wembley.*John Stones became 4th English player to receive red card in Nations League (after Harry Maguire, Kyle Walker and Reece James). No other side has received so many red cards in the competition.*Seferovic (Switzerland) has scored a goal at 55 seconds from the kick-off in the game vs Portugal (1-0). This goal is earliest Portugal have conceded in any match since November 14, 2001 (friendly against Angola in Lisbon in which they conceded at 46 seconds) and in a competitive game since the 1966 World Cup (Pak Seung-Zin's goal for North Korea after 50 seconds).*Erling Haaland has scored 2 goals vs Sweden (3-2), reached 20-goal mark for Norway (in 21 games) and entered all-time Norway top-10 goal-scorers (at the age of 21!)*Memphis Depay equaled Klaas-Jan Huntelaar in Netherlands all-time goal-scorers’ ranking (42 goals). They share 2nd position having only Robin van Persie (50) ahead of them. Depay has scored 23 goals in his last 23 games for “Oranje”.