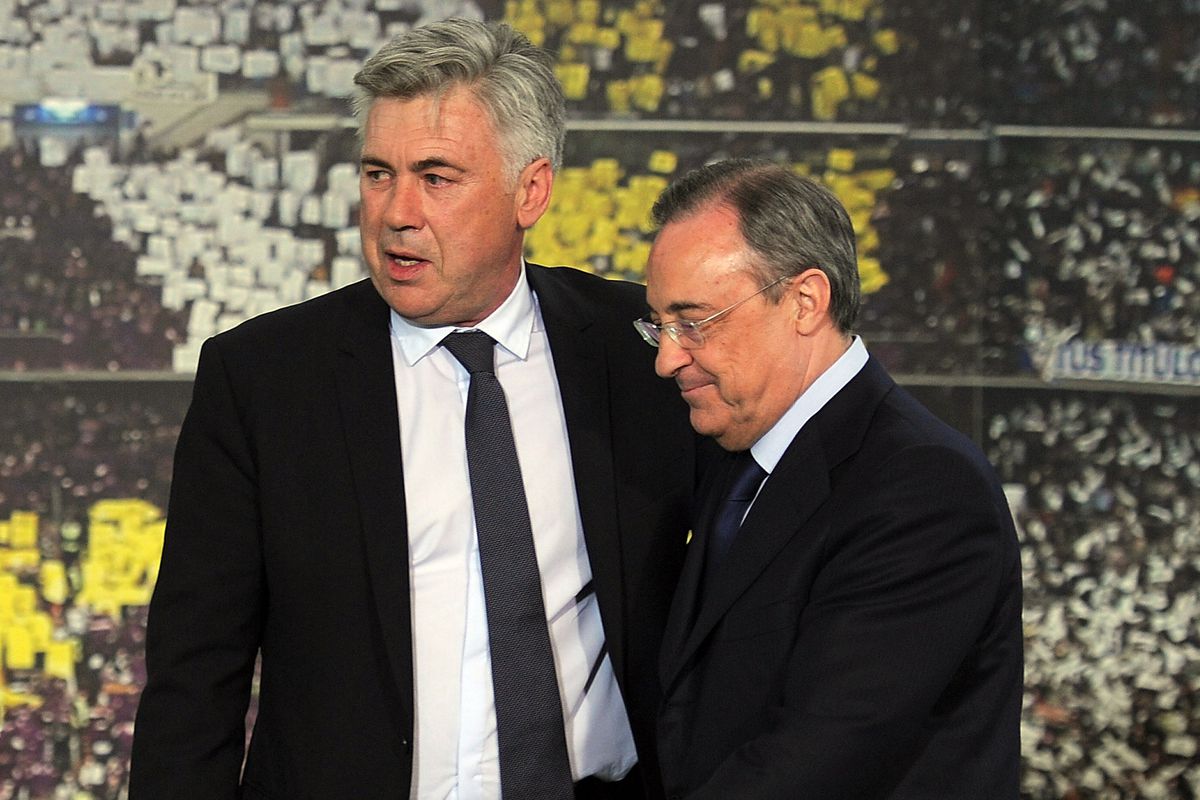 Picture : Carlos Ancelotti and Florentina Perez at the Top !

UCL records for Ancelotti and Perez*Carlo Ancelotti became the first coach with 4 wins in Champions League. He won his first two such titles with Milan and then another two with Real Madrid.*Ancelotti became the only coach in UCL history who managed his team in 5 finals (3 with Milan, 2 with Real Madrid).Miguel Muñoz, Marcello Lippi, Alex Ferguson and now also Jürgen Klopp worked on 4 finals each.*For Jürgen Klopp, the defeat in Champions League final was the third in his career. Only Marcello Lippi has lost as many finals (1997, 1998 and 2003, all with Juventus).In 2013, Klopp led Borussia Dortmund to his first UCL final (1-2 vs Bayern) and then led Liverpool to 3 finals in 5 seasons, losing two of them to Real Madrid (2018, 2022) and winning over Tottenham (1-0) in 2019.*For Real Madrid president Florentino Pérez, it is 6th Champions League win. He equaled thus the record of his predecessor Santiago Bernabéu who achieved it in the European Cup era.*In the meantime, Florentino Pérez became the oldest president to win European Cup/Champions League, at the age of 75 years 81 days.