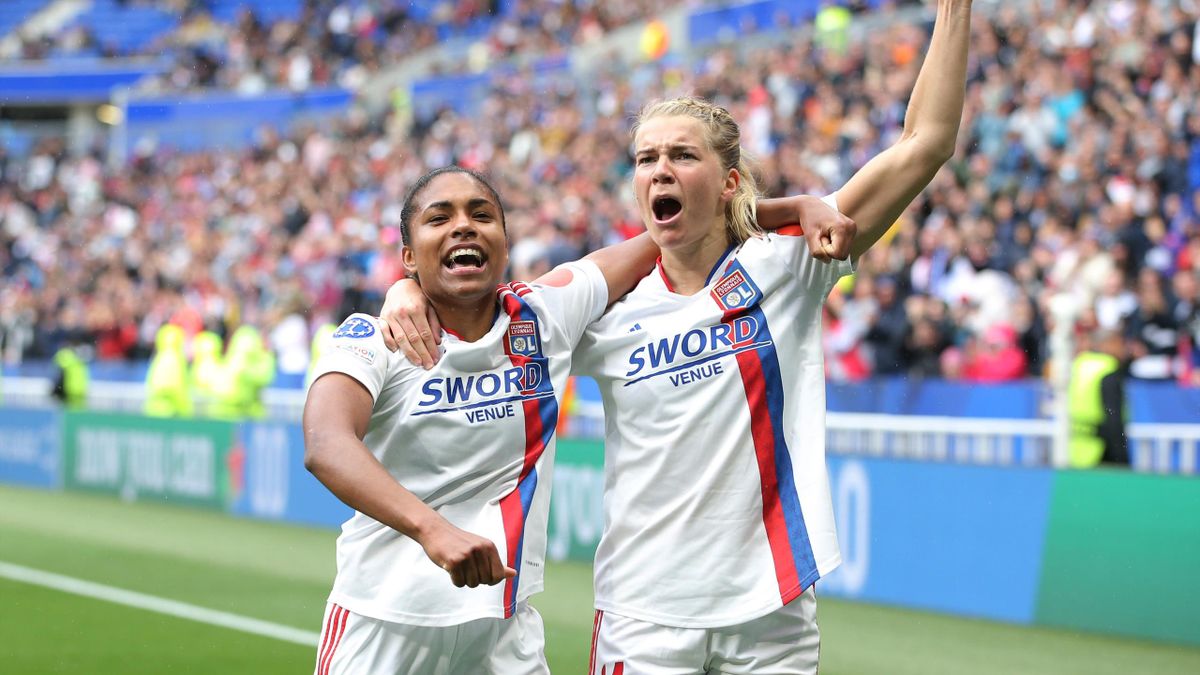 Picture : Catarina Macario and Ada Hegerberg happy after the victory of Lyon !

Renard's goal was her 31st in Europe, putting the centre-back up to joint-15th in the all-time goal charts, leaded by Ada Hegerberg (57 goals). Wendie scored already 135 goals in 417 games for Lyon since 2006 !

United States international Catarina Macario has scored in her last eight games for club and country, and already 15 goals in 2022 ! She was also elected as the Best of her team at each Lyon game !

Eugenie Le Sommer made her 79th competition appearance and Bachmann her 78th, putting them as 4th and 5th behind Wendie Renard, Alex Popp and Camille Abily.

Olympique Lyon are the first team to play in 12 semi-finals in the UEFA Women’s Champions League. The French team dominates the european statistics, winning also already 7 Champions Leagues since 2011 !

Yesterday it was the sixth tie between Lyon and Paris in this competition, equalling the record of Lyon-Wolfsburg. The second leg will mean they equal the record of ten individual matches, set earlier this season by Chelsea-Wolfsburg.

The crowd of 22,774 spectators yesterday in Lyon was the eighth biggest of all time in the competition. 4 of these best crowds come this season 2021/22 with the two World Records of FC Barcelona !