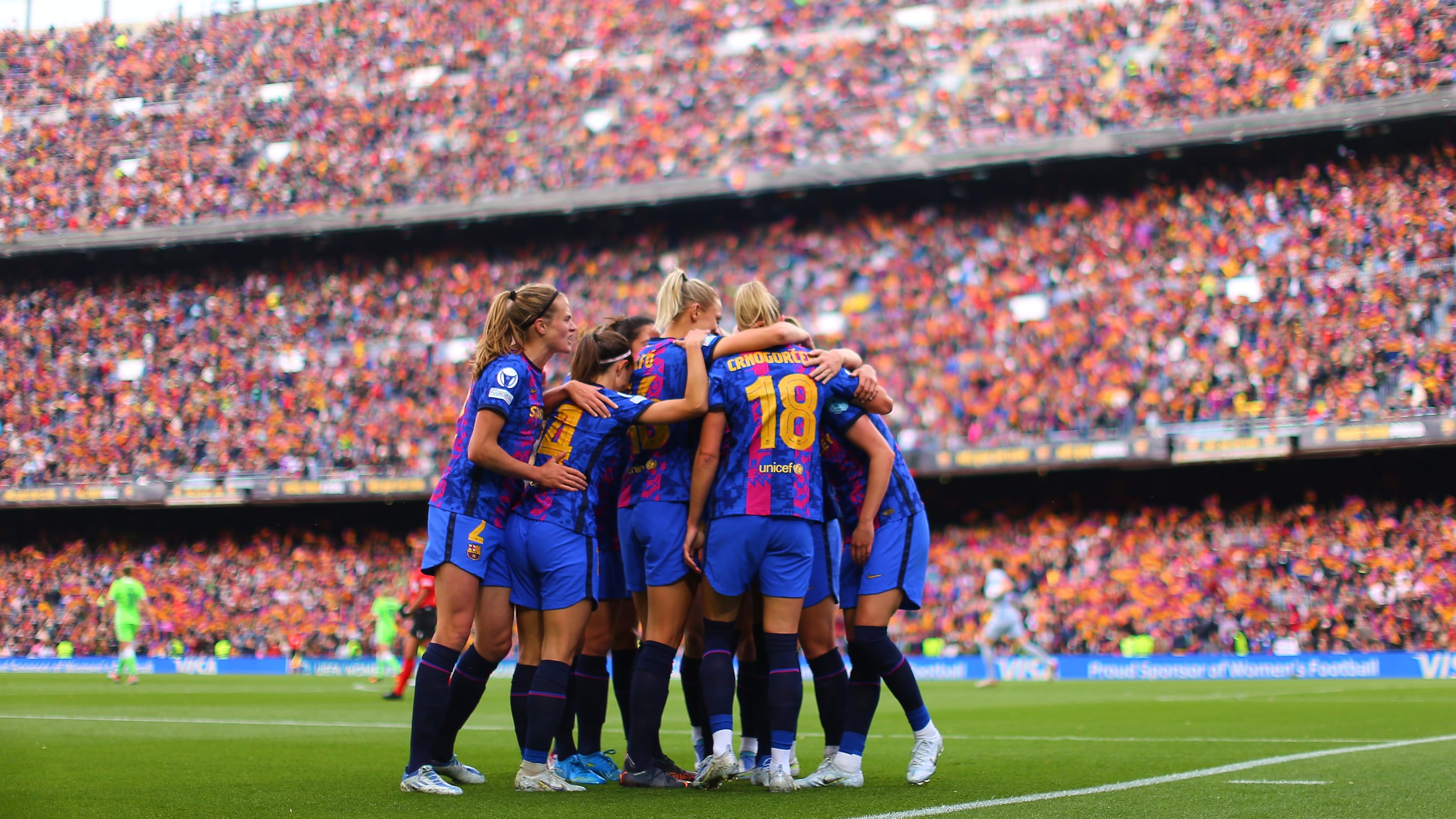 Picture : FC Barcelona at the Top of the World in Camp You !

Barcelona's Camp Nou stadium has broken its own record for attendance at a women's football match.

A total of 91,648 spectators watched the Spanish side face Wolfsburg in the first leg of their UEFA Women’s Champions League semifinal on Friday.

The attendance surpassed the record of 91,553 that was only set at the Camp Nou in March when Barcelona played Real Madrid.

The previous record attendance for a women's football match was 90,185 -- for the 1999 Women’s World Cup final between the United States and China at the Rose Bowl.

Barcelona triumphed 5-1 on the night to take a decisive step towards the UEFA Women's Champions League Final, playing a wonderful football , really a demonstration of offensive and attractive game ! The second leg is due to take place in Germany on April 30.

It was the first time in history that FC Barcelona wins against Wolfsburg .

FC Barcelona had 34 Goal attempts in the semi final ! Wolfsburg only 10.

20 shots on target for Barcelona with 5 goals and many saves of Almuth Schult, the German Goalkeeper. Wolfsburg only 3 attempts.

Netherlands player Jill Roord scored the only goal of Wolfsburg the day of her birthday.

Aitana Bonmatí, Alexia Putellas and Patri Guijarro have become a midfield trio never seen in the women’s game, ever. The three of them understand their roles completely, while also being able to know exactly when to pass, when to shoot and when to dictate the tempo.

Barca extended their incredible winning run to 45 games in all competitions, dating back to last June.

For Wolfsburg, whose consolation came from Jill Roord, this was their first defeat since November, a run spanning 17 games.