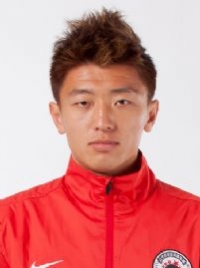 With 5 players, Argentina has the most number of goalscorers in the list, followed by Brazil with 3. For clubs, 3 clubs have the most players with 2 : Club America (Mexico) with Oribe Peralta 8 and Dario Benedetti 6 , FC Barcelona (Spain) and FC Bayern München (Germany).

Cristiano Ronaldo, the winner of the last years, scored 8 goals (3 with Portugal and 5 with Real Madrid) and is on a excellent position before the final sprint in the last months of the year.