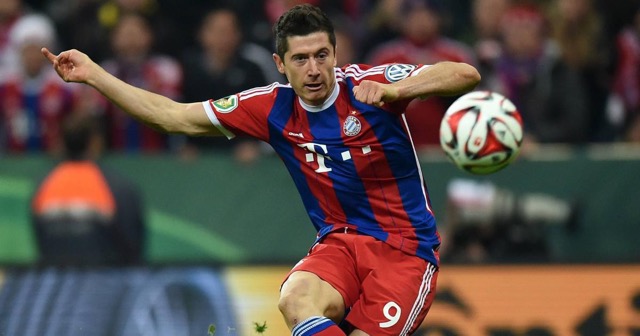 IFFHS’s 25th World Top Goal Scorer was won by Polish Robert Lewandowski of Bayern Munich. Lewandowski scored 22 goals, 11 for his national team and 11 for his club in UEFA Champions league 2014-15 final stages and 2015-16 group stage. After Barcelona’s Bulgarian Hristo Stoichkov in 1994, Lewandowski is the 2nd Eastern European to win the award.

UAE’s Ahmed Khalil of Al Ahli Dubai is in second place with 20 goals while Portuguese Cristiano Ronaldo of Real Madrid, 2013 and 2014 winner, is third with 19. Saudi Arabia’s Mohamed Al-Sahlawi of Al-Nassr FC is the highest national team scorer with 18 goals, while Uruguayan Luis Suárez of Barcelona, tied with Ronaldo, is the highest club goal scorer with 16. Suárez made history in December by scoring 5 goals in 2 matches in World Club Cup including the 1st hat-trick in the competition’s history, and he is now the CWC single tournament top goal scorer and the all-time best goal scorer.

52 players scored 8 or more goals. By nationality, they are 16 Asians, 14 from South Americans, 12 Europeans, 7 Africans and 3 from CONCACAF. With 6 players in the list, Argentina is the country with most players.

By club competitions, 26 play their club football in Europe, 17 in Asia, 4 in South America, 3 in CONCACAF and 2 in Africa. With the South American trio of Messi, Meymar and Suárez, Barcelona is the club with most players in the list. The trio, among the top 13, scored a total of 41 goals; 8 for their national teams and 33 for Barca.